Keshav Mahavidyalaya, in the year 2018, the 25th year of its dynamic existence, witnessed formation of Keshav Mahavidyalaya Students' Union affiliated to Delhi University Students' Union (DUSU) under the patronage of the Principal, Prof. Madhu Pruthi.
The Union was formed with an aim to promote mutual cooperation and a spirit of teamwork; to inculcate leadership and management qualities among the students; and to promote social, cultural and intellectual development of the students.
Each bonafide regular student of the College is a member of the Union ab initio. The Union comprises a Student Council and all members of the KMVSU Council are elected through an electoral process in accordance to the DUSU guidelines and recommendations of the Lyngdoh Committee. The Constitution of the Union is available on the college website. 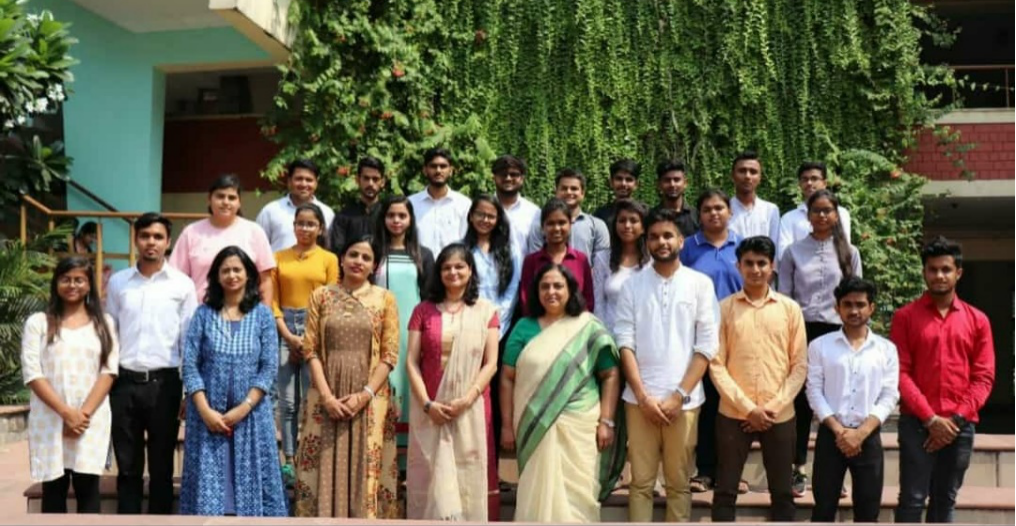 Within a year of its inception, the Union actively contributed in organizing various extra-curricular and co-curricular activities in the college. KMVSU organized an interaction with Deputy Chief Minister and Minister of Education NCT Delhi, Mr. Manish Sisodia in the college. Next, a plantation drive was held in college. An inter-college debate competition was also organized that witnessed an overwhelming participation of teams from various colleges and universities. KMVSU also organized various other events namely- Diwali Mela, Tiranga Yatra, an Internship fair in collaboration with Placement Cell of the college and Tryst, the cultural festival of the college that included a spectacular performance of the star singer, Mr. Millind Gaba.

In the year 2019-2020, a talk show ‘Convention’ organized in the college on 31st October 2019 was marked by the benign presence of eminent speakers- Mr. Neeraj Bhatt, a media journalist, Mr. Ravi Kalra, founder of The Earth Saviours Foundation and Mr. Avinash Tiku, a motivational speaker at the Art of Living organization. The speakers enlightened and motivated the young students to realize their role in making of a new India.
KMVSU organized a Winter Carnival on 8th November 2019, where various cultural societies of the college showcased their talents. Mr. Pratap Faujdar, a renowned stand-up comedian was the guest of the evening.
A bilingual inter-college debate competition on the topic, "Are Fundamental Duties laid down in the Indian Constitution as important as Fundamental Rights?” was organized in the college on 23rd January 2020. It provided a forum for the students to voice their views both in favour and against the motion. Enthusiastic participation by several colleges was witnessed. Winners were felicitated with exciting prizes. Audience took immense pleasure in listening to all the participants. Event was extraordinarily successful with everyone' contribution and efforts.
KMVSU is fully aware of its duties and responsibilities also. Taking note of cleanliness drive in the college, KMVSU got installed dustbins in the college campus. As the college has Girls’ Hostel, and there is complete dark outside college, KMVSU found it important to get a street light installed outside college campus. With due support from Honourable Minister, Mr. Satyendra Jain, KMVSU succeeded in setting up street light outside the college. 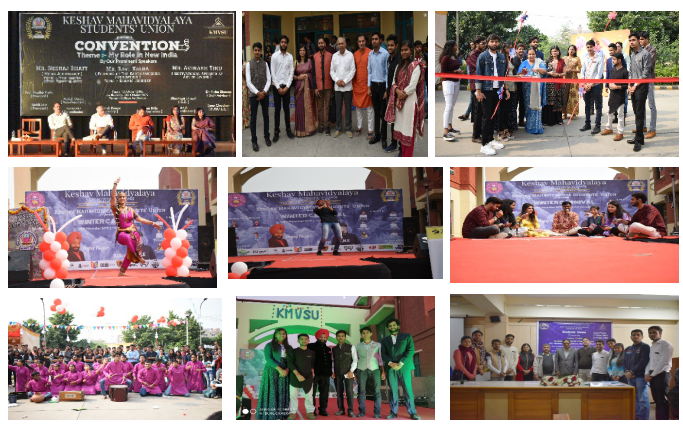